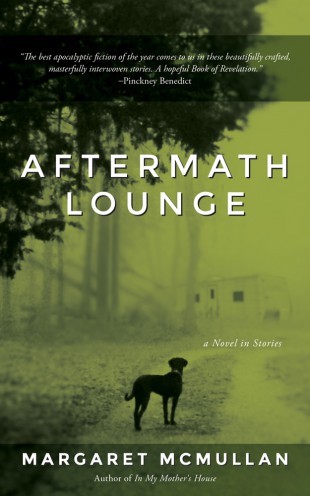 On August 29, 2005, Hurricane Katrina destroyed 95% of the small coastal town of Pass Christian, Mississippi. With a 28-foot storm surge, the highest recorded in U.S. history, 55-foot waves, and winds reaching 120 mph, the town was wiped off the map—temporarily.

Award-winning author Margaret McMullan saw the destruction firsthand. Her family’s historic Gulf Coast home—her father’s beloved southern jewel—was one of the houses in Pass Christian devastated by Katrina. Despite the chaos immediately following the storm, McMullan’s family was among the first to rebuild and donated to the Red Cross, the Pass Christian fire station, and the Pass Christian library.

During this time, McMullan witnessed small acts of heroism that inspired her to write about the community and its people, and how tragedy shapes our character. In 2010, she was awarded a National Endowment of the Arts Fellowship to complete the project.

Born in part out of her family’s deep connection to the community, Aftermath Lounge: A Novel in Stories (April 2015, Calypso Editions) releases at the 10-year anniversary of Katrina and comprises fictional vignettes about the people of Pass Christian in the storm’s wake. The stories are connected by a setting near to the author’s heart—the McMullans’ home, which was originally constructed in 1845 and restored by her father numerous times over the years.

Aftermath Lounge is a compelling tribute to the Gulf Coast and resurrects the place and its people alongside their heartaches and triumphs. It is a riveting mosaic that feeds our desire to understand what it means to be alive in this day and age. 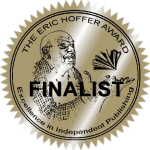 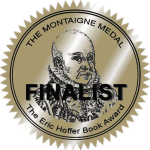 ...McMullan asks us to consider what it really means to be from a place. And how place stays with us, despite its transformations, because of the versions of us it keeps as we move on. Read full review.

Amidst the flotsam and jetsam, the haunting collections of photos and multidisciplinary studies, scathing examinations and, yes, even young adult fiction, Aftermath Lounge sticks out. Read full review.

...a diverse gallery of characters grapple with their lives in Katrina’s aftermath…McMullan opted for fiction to deal with the emotional truths of the lives impacted. Read full review.

So masterfully rendered, the intonation of the prose carries meaning as noiselessly and effortlessly as a blue heron glides to rest on the sandy shore of Cat Island. Read full review.

The work of Katrina fiction I have always wanted to read has arrived… Read full review.

This is a wonderful and devastating book about damage both manmade and natural. Read full review.

Each entry is a shot to the chest...Writing a good short story is no easy feat. Writing one consisting of a few paragraphs that not only fills the frame but paints a heartbreaking picture is an awe-inspiring talent. Read full review.

I loved this book. Ms. McMullan is spot-on with her characters. All walks of life have their own problems from the desperately down-and-outers to the wealthy and how they coped and in some cases fell victims of the storm. I felt as though I was right there watching these interlocking stories unfold. A wonderful book!

Librarian, 5 out of 5 stars

There is a rash of new Katrina books coming out in time for its 10th anniversary in August. If you read only one, it should be Margaret McMullan's Aftermath Lounge. A novel told in 10 short stories, it manages to make you laugh and weep, and see what happened to people and places when the reporters and camera crews went away. There were casualties nobody counted.

In Aftermath Lounge each short story, like a homing pigeon, returns to the Gulf Coast to explore how its people struggle with the ghost of Hurricane Katrina.  With riveting prose, McMullan tracks the weblike connections of family and friends haunted by the storm from Pass Christian, Mississippi, to Chicago.

Author of The Storied South: Voices of Writers and Artists

Aftermath Lounge is a beautiful, compelling collection, the emotions as powerfully charged as the winds of a hurricane. McMullan writes movingly about those living in and pulling themselves out of destruction and chaos and loss to salvage all they can of love and redemption. From the voices of orphaned children to the least likely man to don to Santa Claus suit, there are moments of devastation, comic relief and grace.

Author of Life After Life

McMullan brings Place to life like few writers can. You can almost feel the heavy air on your skin.  As for her characters, they're three-dimensional people who are so real, you feel like they're in the room with you.  She's got a great ear, a fine eye, and something else that you can't buy--namely, a very large heart.

Author of The Realm of Last Chances

...the best apocalyptic fiction of the year comes to us, not borne on the maelstrom of nuclear fire or horrific epidemic, but in these beautifully crafted, masterfully interwoven stories… A hopeful Book of Revelation.

Author of Miracle Boy and Other Stories