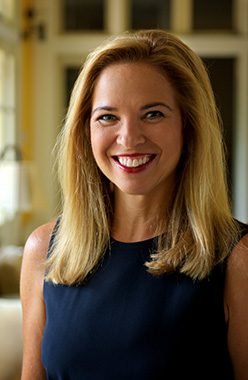 A recipient of a 2010 NEA Fellowship in literature, a 2010 Fulbright at the University of Pécs in Pécs, Hungary, and the National Author Winner of the 2011 Eugene and Marilyn Glick Indiana Authors Award, Margaret McMullan is the author of nine award-winning books, including her new memoir, Where The Angels Lived: One Family’s Story of Loss, Exile, and Return.

Margaret’s novels include Aftermath Lounge, In My Mother’s House, a Pen/Faulkner nominee; Cashay, a Chicago Public Library 2009 Teen Book Selection; and When I Crossed No-Bob, a 2008 Parents’ Choice Silver Honor, a 2007 School Library Journal Best Book, an American Library Association Best Book for Young Adults, a Booklist 2009 Best Book For Young Adults, and a 2011 Mississippi Center for the Book selection at the National Book Festival in Washington, D.C. Both When I Crossed No-Bob and How I Found the Strong won the Mississippi Arts and Letters Award for Best Fiction (in 2004 and 2008), the Indiana Best Young Adult Book (in 2005 and 2008), and they are both New York Public Library A-List Books for Teens. How I Found the Strong was also named an American Library Association 2005 Notable Social Studies Book, and a Booklist’s Top Ten First Novel for Youth. Sources of Light is an American Library Association 2011 Best Book for Young Adults, a Best 2011 Book of Indiana, and a Chicago Public Library Teen Selection. In 2015, Margaret teamed up with Phillip Lopate to curate Every Father’s Daughter, an anthology of essays about fathers by great women writers such as Alice Munro, Ann Hood, and Jane Smiley.

Margaret’s work has appeared in USA Today, The Washington Post, The Huffington Post, The Los Angeles Times, The Chicago Tribune, The Boston Herald, Glamour, The Millions, The Morning Consult, The Morning News, Teachers & Writers Magazine, Ploughshares, Southern Accents, Deep South Magazine, StorySouth, TriQuarterly, Michigan Quarterly Review, The Greensboro Review, Other Voices, Boulevard, The Arkansas Review, The Montréal Review, National Geographic for Kids, Southern California Anthology, Southern Accents, and The Sun among other journals and anthologies such as Christmas Stories from the South’s Best Writers. A 2007 Eudora Welty Visiting Writer at Millsaps College in Jackson, Mississippi, Margaret has taught on the summer faculty at the Stony Brook Southampton Writers Conference in Southampton, New York, at the Eastern Kentucky University Low-Residency MFA Program, at the University of Southern Indiana’s Summer and Winter Ropewalk Writers Retreat, and at Word Theatre’s Writing Retreat in Edale, England. She was the Melvin Peterson Endowed Chair in Literature and Creative Writing at the University of Evansville, where she taught for 25 years. Recently she served as a faculty mentor at the Stony Brook Southampton Low-res MFA Program. She writes full time now in Pass Christian, Mississippi.